When you’re travelling as we have been, for a long time and far away from the comforts of home, it is the simple things that can really make your day. When Claire and I arrived in St Lucia, a few hours down the coast from Sodwana Bay where we’d be spending the next few days, we were looking for somewhere to stay when we came across the Fish Eagle. This place had self catering units with kitchens and living rooms. Seeing as everywhere else was full we decided that the Fish Eagle was the place for us. We moved into our little area, with our living room, kitchen, bedroom and bathroom, and then left. As we were looking around we both noticed it. I noticed it, and saw Claire notice it too. We had a television. Now, we aren’t big television watchers at home. I watch a lot of football and we watch plenty of Netflix, but we aren’t ones to sit in front of the TV for hours on end. But we hadn’t had the chance to sit and watch TV for over seven months. Like I said, simple things.

However, the main reason we were heading to St Lucia was to go whale watching. Claire had glimpsed these amazing creatures whilst I was struggling to survive a chaotic snorkelling trip, but we wanted to see more. So we booked ourselves onto a trip that was leaving a few days later and settled in to our little home. Now, with not much to do for a day we decided that the best thing to do would be to sit on the sofa and watch television. It was great! The selection of movies and TV shows that were available to us were, however, pretty poor. But we enjoyed it all the same. It was surreal to be able to sit and change the channel whenever we wanted. We watched some of the Olympics as well as plenty of British shows from Come Dine With Me to Dragons Den – a show that’s awful, but once on is very hard to avert your eyes from. There is something sad, yet entertaining about watching someone pitching an idea to ‘The Dragons’ – that they have invested so much of their life into, but that is so awful you cannot imagine what was going through their mind when they re-mortgaged their house to see it to completion.

Claire also cooked one of the best meals we’d eaten on the entire trip. A roast dinner! That’s right. We had an English roast dinner. Claire bought a rotisserie chicken from the supermarket and roasted some potatoes and carrots, before boiling broccoli and cauliflower and making a nice gravy. It was amazing. We had a TV, and were eating a roast dinner. It felt like being at home!

It goes without saying, but I’ll say it anyway, the whale watching was an amazing experience. Thankfully the sea was very flat compared to a few days previous when we were trying to snorkel. Our boat was full and we set off into the ocean. During our time at sea we saw a number of whales breaching the surface. As we plodded around in the sunshine, whales were appearing all around us. Many of them were in pairs and would announce their arrival with a giant spray from their blowholes before the rest of their bodies came emerging from the sea. We saw a few tails too, as the whales dived down to the depths of the ocean in order, most probably, to get away from our boat. Whales are massive. When one pops up out of the blue – literally – next to your boat, it catches you off guard completely and you’re blown away.

As the trip was coming to an end we were lucky enough to see a mother and her baby (I’m not sure what a baby whale is usually referred to as). We followed these two from a safe distance and watched as they slowly swam along before leaving them to continue on their way. We made it back to shore buzzing from what we’d seen. Well, I was buzzing. Claire fell asleep as soon as we made it back onto the bus to take us back to St Lucia. I am always jealous of Claire’s ability to sleep literally anywhere she wants. We’d be on a busy bus, shaking around as the driver veers from left to right, and I’d be starting to get fed up. ‘It’s too hot and I am too squashed’ I’d be thinking. I’d look to Claire for support and there she’d be, head back, rolling around with her eyes shut and her mouth wide open. 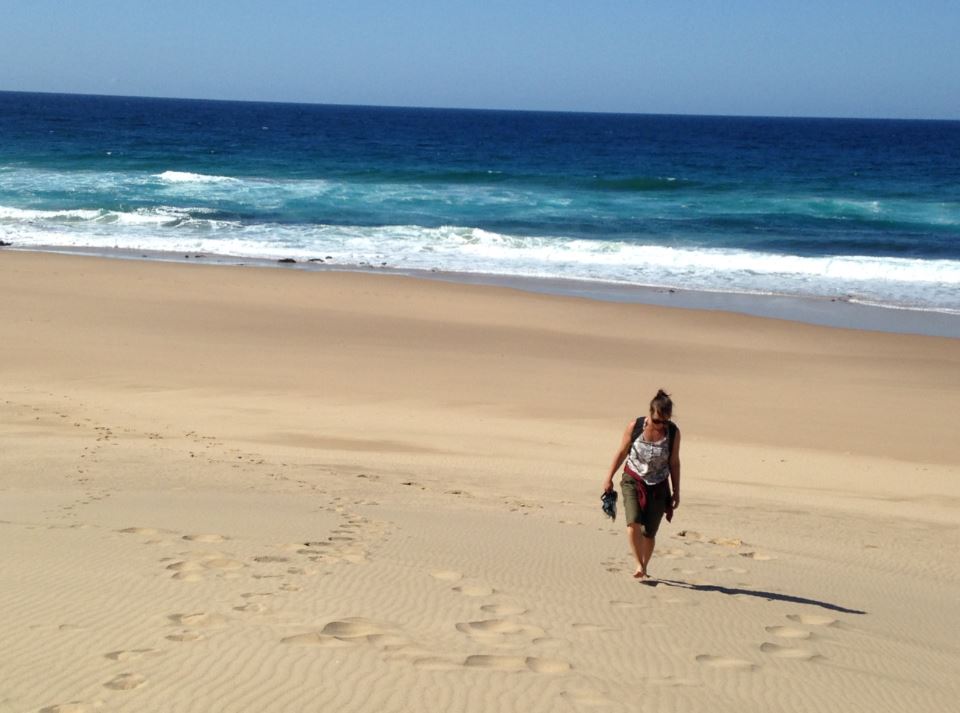