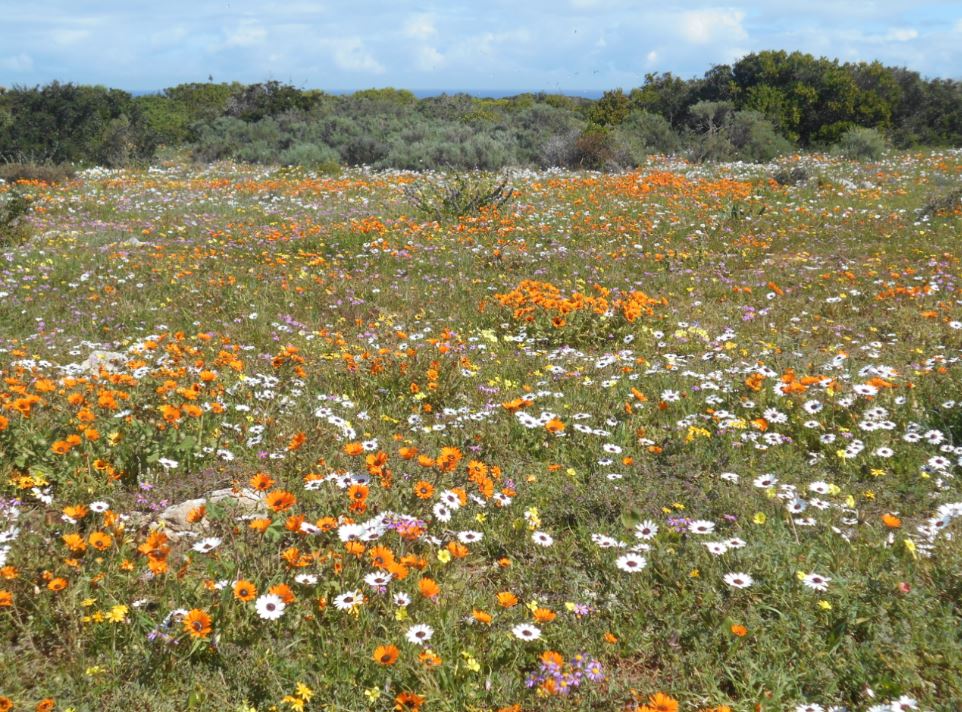 Claire and I arrived in Paternoster from Stellenbosch in the middle of the morning. The sun was shining and the air was warm. We picked up the keys to where we were staying and then drove through the streets to our little beach hut style apartment. However, as we drove through the town we noticed that not many people were around. The empty streets were lined on either side by little, pristine, whitewashed wooden houses all neatly arranged in rows. And nearly every single one was empty, which gave the place a bit of a creepy feel to it. The town is almost entirely made up of holiday homes, and as we were out of season, it was deadly quiet. And apart from the creepy feel, it didn’t really bother us. At least not at first…

Around half way through the day a man came knocking at the door. Claire answered and spoke to him for a minute before he left. She told me that he was looking to sell some muscles that he’d caught. We thought nothing of it. However, a few hours later as Claire was browsing through the booklet of things to do in the area when she came across a warning. It said that the level of crime in Paternoster was extremely high, and that we should be very careful when leaving things in the apartment. It said that you should always lock the doors and set the alarms. It also warned that door to door fish salesmen are rarely trying to sell fish, but are actually assessing the property for a potential break in. Claire then started to Google the town and loads of stories came up on the web about holiday homes being broken into. She started reading them to me and before I knew it, I was googling it too.

An hour or so later and we were ready to leave. However, it was now late in the evening so we decided that we’d wait until the morning and then get the hell out of dodge! We’d been in Africa for eight months or so and had, at no point on the entire trip, felt threatened or afraid of this sort of thing. But the more and more we read online, the more we started to worry. Every story dug deeper into our imaginations until we were sure we were going to get broken into. Apparently a lot of the local fishermen get so desperate in the low season that they resort to theft and break ins in order to make money. We were, it turned out, in the middle of the low fishing season. Perfect. And, on top of the local fishermen, there are supposedly a lot of teenagers who are addicted to a drug called ‘tik’, and they often steal to fund their habits.

We read that break ins often took place in the night when people were asleep, and read of ten or fifteen different people’s reports of this happening to them. All of this would have been fine, but because we’d had that man come to our door, we started to worry that we might be targeted for a night time break in. I felt bad, the man was probably just trying to sell us some muscles, and now we’d labelled him a burglar. But our minds were now full of all these stories of incidents. We read of one group of sixty or so people in the town for a wedding. During their stay, five of their apartments got broken into and robbed! It didn’t help that we were pretty much the only people staying in the town – or at least in the part of it we’d seen.

So I sat up watching football on TV, with the lights on, until about three in the morning and when I finally did go to sleep I put a wine bottle next to my bed just in case. In retrospect it does feel silly writing this. I am sure we would have been fine. But we were coming to the end of a wonderful trip and didn’t want to take any risks. So in the morning, after pretty much no sleep, we jumped back in the car and made our way out of town.

Just before we left Paternoster, having avoided being robbed, mugged or burgled, we decided to pop into the local supermarket to get something to drink. Claire went in and I sat in the car. Two minutes later a man came charging past the car and into the shop. He was being chased by another man in raggedy clothes who was holding a giant whip and accompanied by two dogs. The owner of the shop managed to get between them and dragged the whip wielding maniac out of the shop. All the while, the man was trying to whip his foe over the shoulder of the shop owner. Claire paid for her items, jumped back in the car and we drove away from this strange, deserted, evil town as fast as possible.

Despite the weird night of no sleep and constant worry that someone was going to try and barge into our little house, our spirits were high and as we drove away from Paternoster we couldn’t help but laugh. And to make up for the bad night, the drive to Cape Town was absolutely fantastic. The sun was shining and we decided to take a slight detour to spend a few hours driving through West Coast National Park before heading back to the big city. We were told that it was blooming season for the park’s flowers and when we arrived we were presented with carpets of flowers as far as the eye could see. The hillsides and plains were dotted with bright pink, orange and yellow flowers, which made for a beautiful sight. We drove around with the windows down and the warm breeze poured into the car and brought with it the sweet smell of the flowers. As we made our around the park, with its coastal views and rolling hills, we spotted a few wild tortoises crossing the road. Wild tortoises. I didn’t even know there were wild tortoises. I just thought they lived in people’s homes in shoeboxes and ate lettuce. But there, in front of us, slowly crossing the road, were actual wild tortoises. 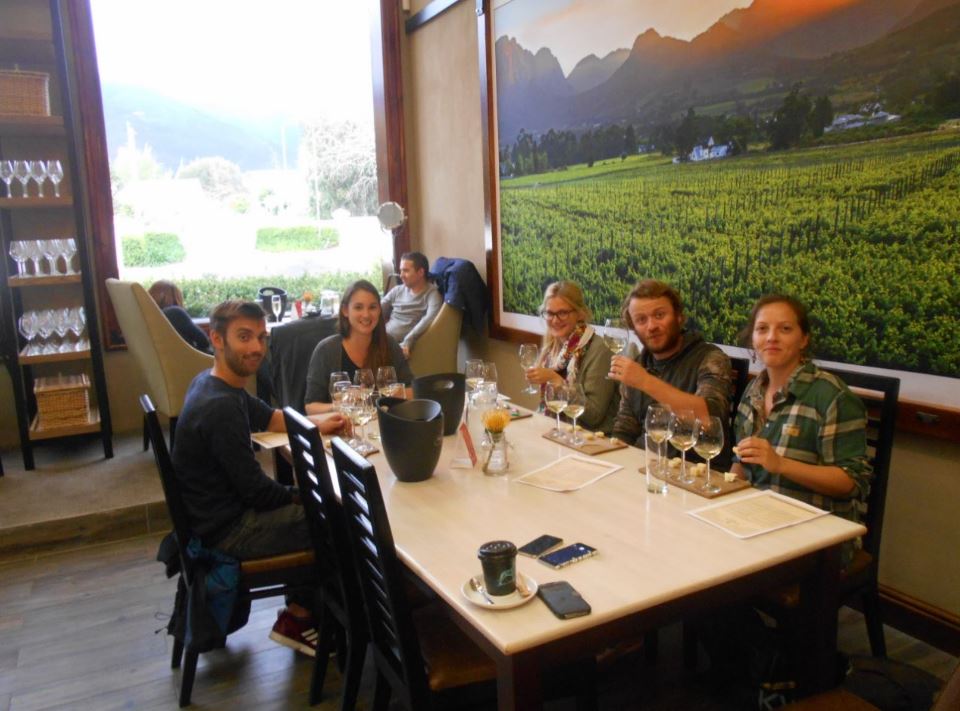 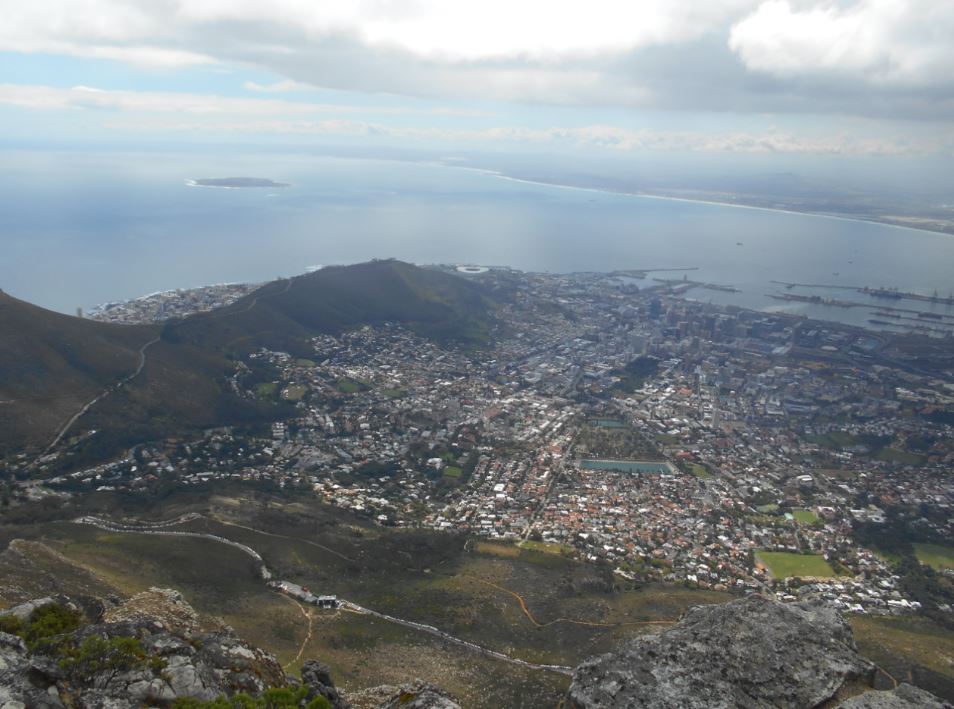