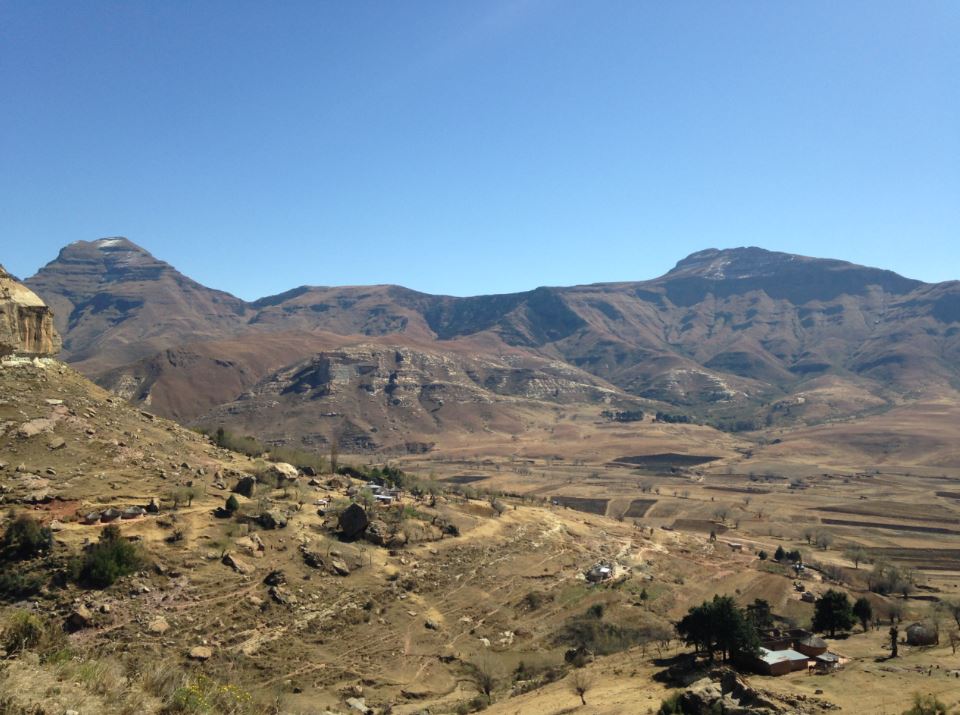 I’d had headaches for four or five days. They weren’t too serious or painful and they were disappearing once I took pain killers, however, they were starting to worry me. Luckily for me, Claire was on the case. We were sat in a faith healer’s living room in the beautiful mountainous country of Lesotho. This was a part of our day trip into the country and we were sat with six or seven other tourists talking to the old lady through our guide Sia. After she had told us the fascinating story of how she became a healer, she asked if we had any questions. That was when Claire piped up and told her about my headaches. Within minutes she had rushed off and came back with some herbs wrapped in paper. We paid twenty rand for them and took them with us when we left. She told me to burn them and inhale them through the nose when I next get a headache and it will cure my pain.

The faith healer was an elderly woman adorned in bright red clothing who had an equally bright smile that seemed to light up her entire face. She was wrapped in plenty of beads and other necklaces that were all linked to her profession as a healer. She was sat cross legged on a cow hide rug on the floor of her dimly lit living room with us all sat in a circle around her and spoke entirely through our guide who was translating for us.

The story of how this woman followed in her grandmother’s footsteps to become the faith healer in the village was pretty fascinating. When she was younger, just a toddler, she suddenly lost her hearing and her sight. Her parents took her to traditional doctors who couldn’t help. Her parents then took her to see the local faith healers who told them that her symptoms were a sign that she could, one day, become a faith healer herself. Eventually all of her hearing and sight came back and all was fine. Many years later, when she was older, her dead grandmother – who used to be a faith healer herself – came to her in a dream. Her grandmother said that after she’d died she’d chosen to pass on her gift of healing to her. She’d been chosen.

After the dream she then visited the main healer in the area, who would be able to help her fulfil her potential. He told her that in order to become a healer she would have to go away and come back with two goats and a chicken in order to complete a number of rituals. She did as she was told and went away, before coming back with the animals. Then the rituals began. Firstly one of the goats was slaughtered and the lady had to drink a cup of its blood. This was a sacrifice to their ancestors who would have the final say on whether she’d be able to heal people. After the first goat was slaughtered she moved on the second phase of the ritual. A live chicken was placed on her head and she was told to stand for the entire night, until sunrise, with it perched there. If it remained on her head for the whole night then she would be able to become a healer. If the chicken fell off then she would fail and not fulfil her destiny. According to her she stood there for the whole night and the chicken remained in place. Once the sun rose the bird, along with the second goat, were both slaughtered in yet more sacrifices and the ritual was over. She showed us two pieces of bone that were on her necklace that belonged to the two goats slaughtered that day.

The ancestors are revered in the culture in Lesotho as well as in many other places we’ve visited. They also play a large part in helping the faith healers work, passing on their knowledge of which treatments should be used. The lady told us that when she needs to know how to treat an ailment she burns a herb and inhales it before falling into a trance. Then, once in the trance, her ancestors speak to her and tell her how to cure the person in question. She has healed many people who do have to pay for their treatments. She told us that lots of people are too poor to be able to afford treatments and in their cases she will still heal them, however, in return they will help her with work around her house or on her small holding. I have yet to try out her herbs on my headaches, but am determined to give them a go at some point. The faith healer was so incredibly welcoming, and lovely to talk to – even if we were using a translator. She spoke the local language of Sesotho which, like Zulu, is full of clicks and lisping sounds that make both languages so amazing to listen to. Her house was sat on a beautiful yellowish brown hillside surrounded in all directions by towering rocky mountains. Our visit to her home was the last stop of the day that began early in the morning with us driving for two hours from The Amphitheatre Backpackers Lodge in the Drakensberg Mountains across the border into Lesotho.

Lesotho is a poor country and sits inside South Africa. It is also the ‘highest country in the world’ based not on its highest point but on its lowest point, which is 1200m. The people of Lesotho are known as the Basotho. Being completely surrounded by South Africa on all sides creates a strange situation where the country is completely reliant on it’s all engulfing neighbour to help it survive. The mountains of Lesotho are difficult to navigate with very few proper roads, especially in the parts we visited. This meant that people struggled to get their hands on things like new clothes and medicine, which are all many miles away either in the capital city or across the border in South Africa. Either way if you live in the countryside of Lesotho and you need to get to somewhere more developed, you will probably have to walk a long way or hop on a horse.

Before we’d stopped off at the faith healer’s house we spent some time wandering around the mountains and hills. We also climbed up to a gigantic cave where we were able to see some San cave paintings similar to the ones we saw in Zimbabwe. As well as this we also met the head master of the local primary school which was being funded by the local community and not the government; we tried some more local beer; we tried some local food and generally enjoyed the gorgeous views that this small but epic country had to offer. 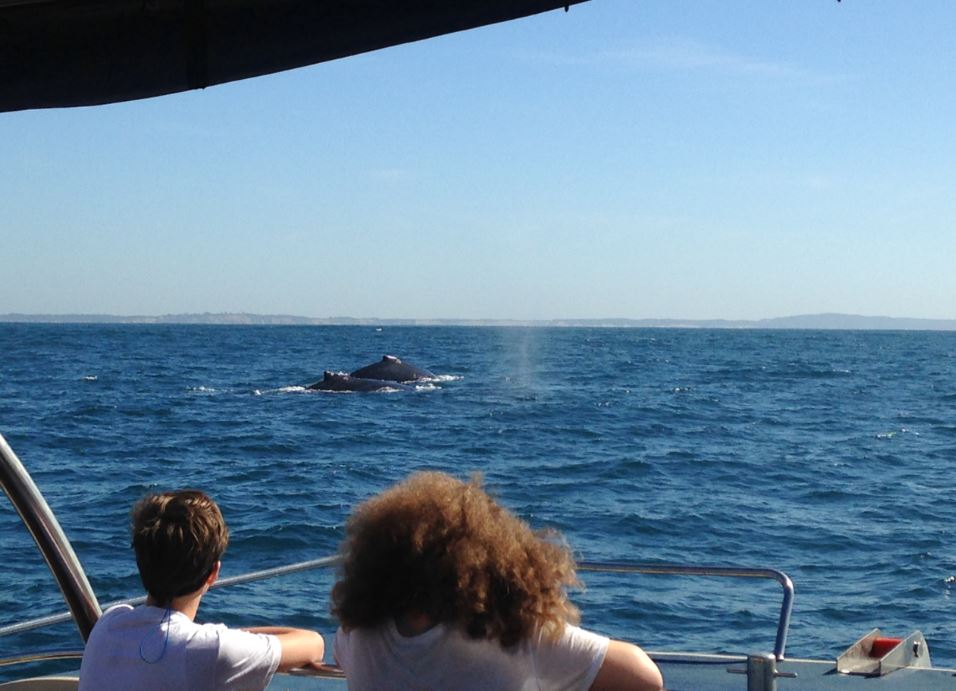 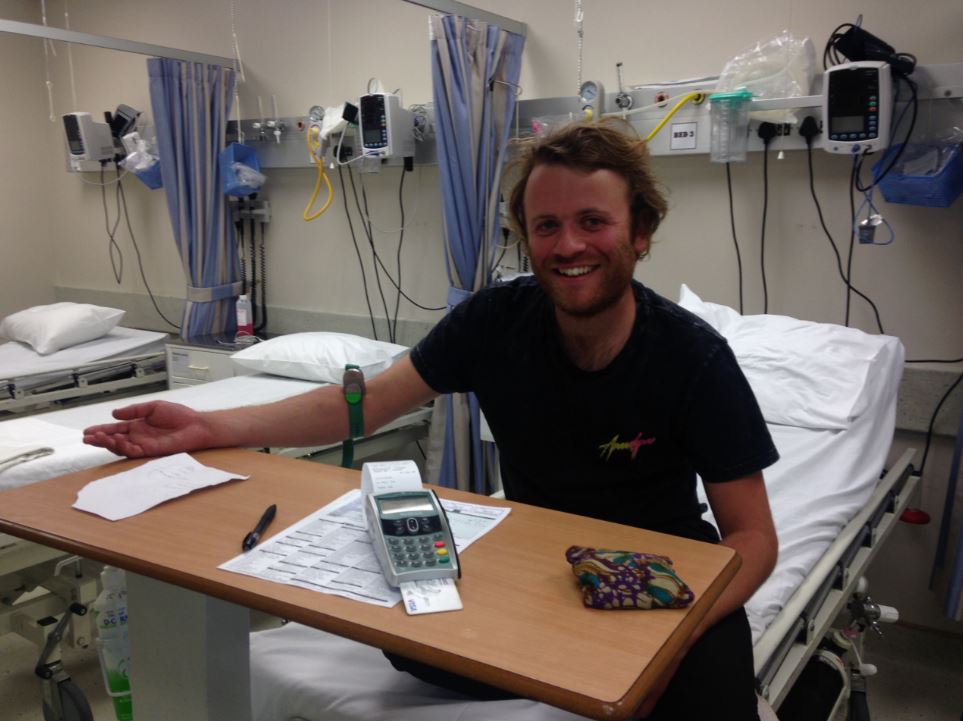