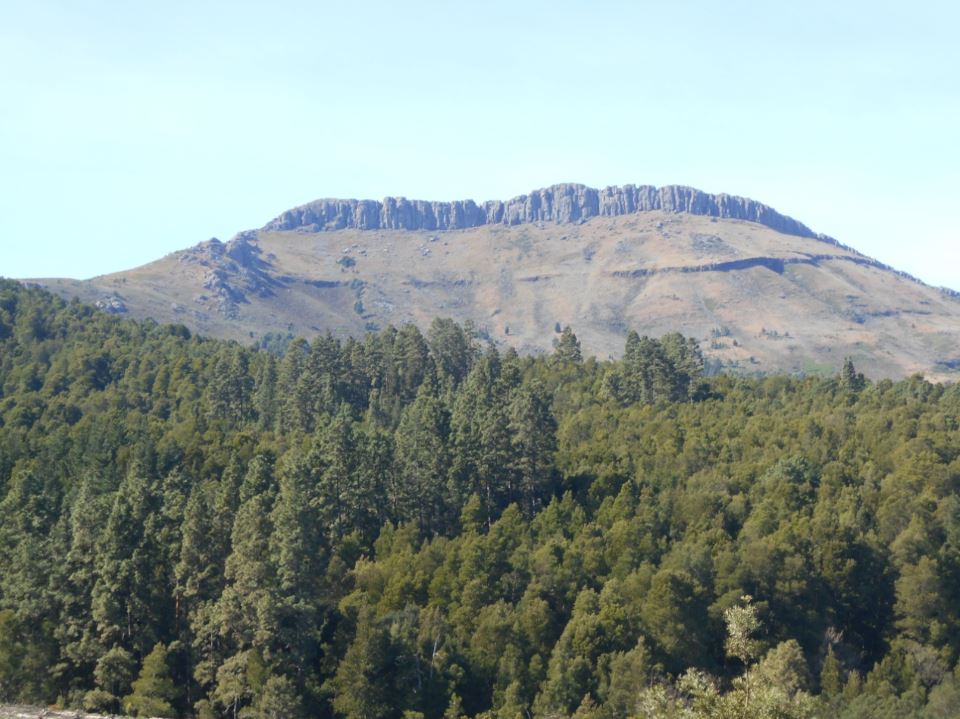 Hogsback – A Beautiful Town in the Mountains

Hogsback is a town up in the Amathole Mountains of the Eastern Cape. The strange name comes from one of two possible theories. The first, and more boring theory, is that the town was named after Captain Hogg – the commander of Fort Michael. The other is that the town takes its name from the mountains that surround it. There are three peaks that overlook the town and when viewed from a certain angle they look strikingly like a hog’s back. Hog’s back is also the geological term used to describe this rock formation. These mountains really are a sight to behold. They tower up over you and arch in a dome shape with rocks sticking from them pointing to the sky.

Hogsback is also said to have inspired JRR Tolkein who, it turns out, was born in South Africa. He moved away at a young age, but rumour has it that his nanny, who was from the region, used to tell him about the local legend of Inkanyamba. The Xhosa people in the region have a myth that a giant serpent, that goes by the name of Inkanyamba, lives beneath one of the mountains. It is a huge winged snake, and many people in the region believe that this monster is extremely dangerous and needs to be treated with much caution. On the 15th December 1998 Hogsback was struck by a tornado. The storm ripped through the town damaging plenty of buildings killing several people. Some of the Xhosa in the area believe that this was Inkanyamba on a rampage, cementing their fear of the gigantic serpent. Now, whether this story inspired Tolkein’s own dragon beneath the mountain in The Hobbit, I do not know, but the myth certainly shares many similarities with the story.

Claire and I drove up to Hogsback from Chinsta and arrived in the mountain town in the middle of the afternoon. Instantly we were struck by the beauty of the area. Tall pine trees stretched into the sky and every now and then there’d be a gap big enough for you to peer through. Down below you’d see tree filled valleys and trickling streams. We were staying at a lodge called Away With The Fairies and booked ourselves into the room called Bilbo’s Rest. Our little room had a nice en suite bathroom complete with its own bath. Now, up in the mountains it is freezing cold at times, so the chance to have a nice hot bath was one we made the most of during our stay. After settling into our room and having a bath each, Claire and I wandered around the village stopping off in a local bar for a few drinks. The place was so similar to a classic British pub that we both started to get a bit nostalgic about home. We’d been receiving plenty of pictures and videos from Janine of our new nephew Albi, who we have yet to meet, and these, combined with the cosy pub, made us both pine for home a bit. As we strolled down the street we were approached by a man offering us weed and magic mushrooms. We declined. The barman at the lodge told us that the locals would try and sell us drugs and said that what they claim are magic mushrooms, are actually just wild mushrooms. ‘They won’t get you high,’ he said, ‘they will just make you ill’. We chuckled. It was quite funny picturing a hippie tourist buying them hoping to spend the evening hallucinating and having an enlightening experience, but ending up merely throwing up into the toilet with a friend holding back his long blonde dreadlocks. Well, perhaps funny isn’t the word. But you had to hand it to the locals for their entrepreneurial idea.

The next day Claire and I went for a giant hike through the forest to see some waterfalls. We hiked for four hours through twisting pathways surrounded by towering trees. Perhaps it was because we’d been told about the link, but you couldn’t help thinking of Lord of the Rings as you walked around. We were joined on the walk by Julia, a girl from Sweden who we’d met in Chinsta and given a lift up to Hogsback. We were also joined by a gigantic racist dog. She was huge and belonged to the backpackers and apparently she likes to join people when they go hiking. However, we were warned that if we were to take her with us, we’d need to put her on a lead when we got onto the main road. ‘She has a tendency to go for black people’ we were told. I didn’t want to take her with us. She was massive and if she went for someone, I would not be able to stop her. But Julia loved dogs and wanted her to come.

It turned out that Julia trained dogs back in Sweden, so she was given dog duty once we made it to the road. And sure enough, the first group of black people we came across nearly ended in disaster. The guys strolled past us and she lurched in their direction. Two of the men ran and one fell into the bush next to him. Luckily Julia had a tight grip on the lead and I stepped between the dog and the poor men. We apologised and stressed that it wasn’t our dog. I felt awful. I didn’t want to bring that monster with us, and now was having to act as a mediator, this was added stress that we really didn’t need. That poor man that fell into the bush looked shaken. He walked away with a rock in his hand. I would have done the same in his shoes. That bloody dog! Julie, me and that bloody dog! 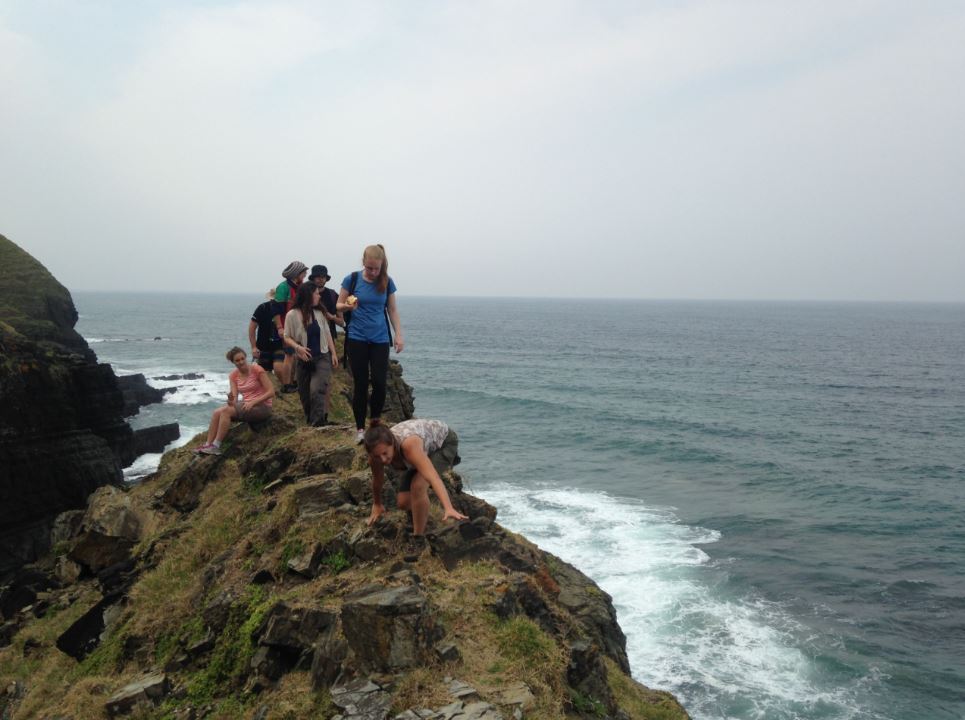 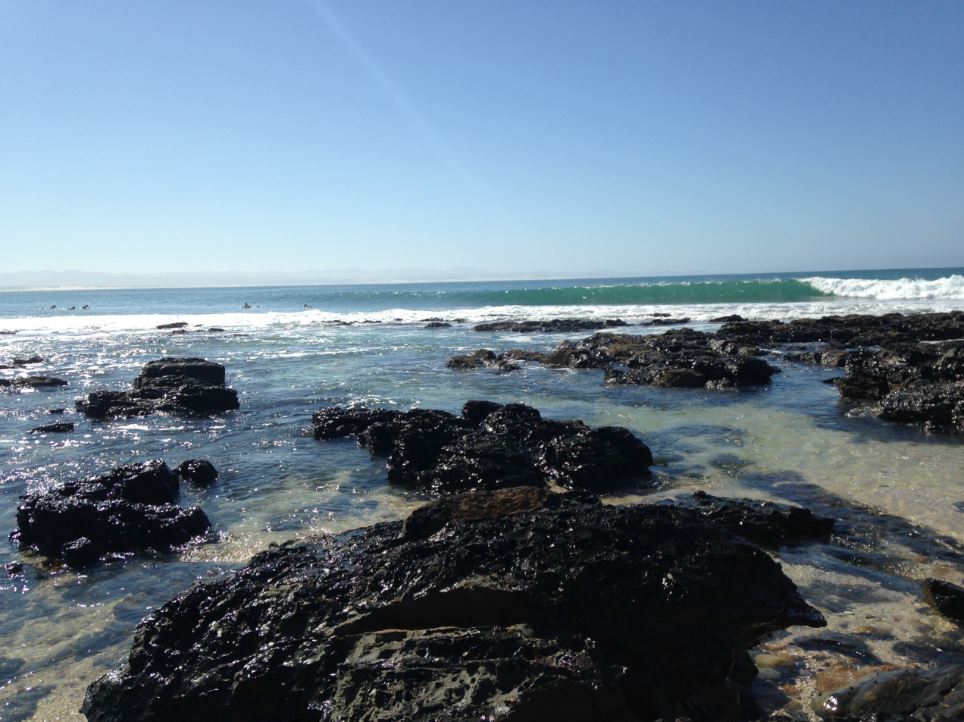