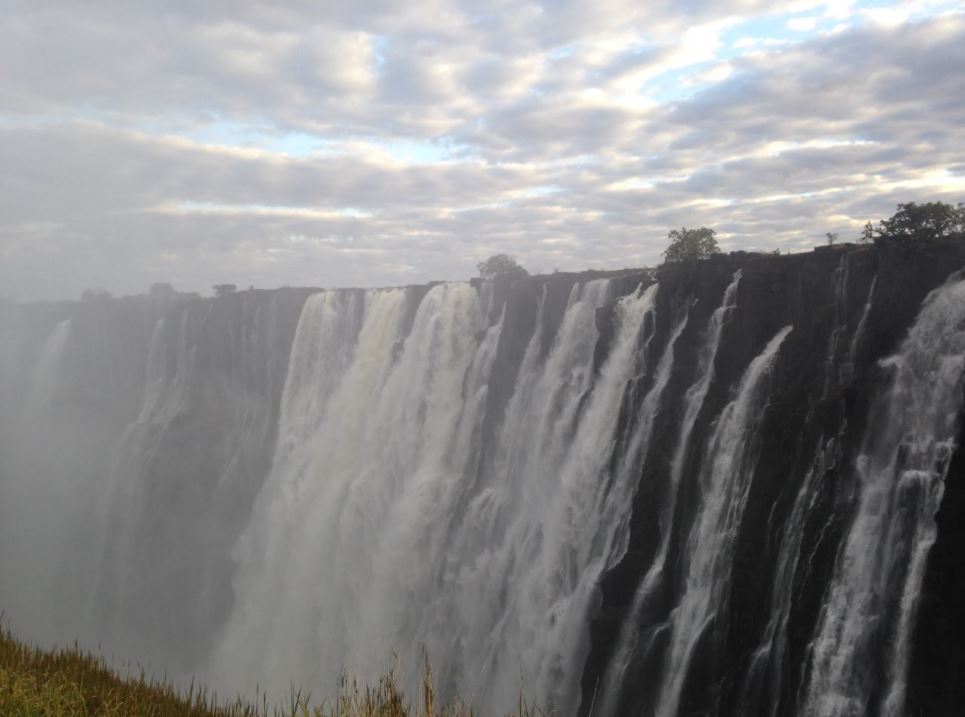 David Livingstone is a name that is known all over the region of Africa that Claire and I had covered so far. One of the first westerners to explore Africa to the extent that he did, he was a missionary who had a bigger influence on the continent of Africa than almost anyone before or since (it was his early efforts of exploration and humanitarianism that sparked the colonisation of the continent. This is rather sad when you consider that his only aim was for Europeans to arrive and aid the locals, as opposed to the travesty that occurred in this continent during colonisation). He made some incredible discoveries, being the first westerner to see the wonderful Lake Malawi, and was also a true philanthropist who spread the word of Christianity, whilst also doing all he could to help abolish slavery and help Africans where he could. Livingstonia, a town in northern Malawi is named after him, as is the town of Livingstone in southern Zambia, and Blantyre in the south of Malawi is named after the Scottish town where he was born.

Livingstone’s explorations saw him venture into the unknown and he was able to witness beautiful scenes of natural wonder that no western eyes had set upon before. It is hard to imagine how he must have felt the first time he saw the beautiful Lake Malawi, or what was going through his mind as he searched for the source of the River Nile. We speculated how he must have felt after becoming the first man to make his way from the westerly coast of southern Africa to the east. However, it is truly impossible to fathom what he must have thought the first time he came across “the smoke that thunders”, the monumental waterfalls that are today known as Victoria Falls.

Claire and I woke up at 5am and got a taxi from our backpackers in Livingstone to the falls. We arrived as the sun was rising and even from the road we could hear the booming sound of the falls. We paid our entry fee and made our way into the park, where we were presented with the most gigantic, awesome and truly epic sight I have ever laid my eyes upon. It really is hard to explain just how impressive the falls are, so I won’t try here, but we were both lost for words.

We were pretty much alone in the falls, able to wander around at our own pace taking pictures without any interruption. The place was surreal. Never before had we seen anything quite so awesome. The drop from the top of the falls to the bottom is huge. Water cascades down 108 metres and the width of the falls is over 1km, making it the largest waterfall in the world (though it is not the tallest or the widest). Around mid-April, in the height of the rainy season, an average of 625 million litres of water flow over the edge per minute. You really cannot fathom just how loud and immense these falls are without visiting them in person.

We spent an hour walking around taking in the falls from all of the angles possible, imaging what the native people would have made of these falls thousands of years ago. It turns out that the original name for the falls is ‘Mosi-oa-Tunya’, which means “the smoke that thunders”. It was Livingstone who renamed them Victoria Falls, after the British monarch at the time Queen Victoria. We mentioned how sad it is that these falls, that had been known to the locals for a huge amount of time and already had a name, are now referred to as Victoria Falls because a Scottish person decided to name them after the Queen of England. In Zimbabwe, in 2013, the government declared its intention to officially rename the falls ‘Mosi-oa-Tunya’ again.

After taking in the falls for an hour and a half, and still having only a handful of other tourists to share the enormous Natural Wonder with, Claire and I decided to head back to Livingstone. We spent a couple of days in the town and managed to take in some local culture with the Livingstone Museum, whilst also eating some lovely food at a couple of fantastic restaurants. One of which was called Cafe Zambizi. At Cafe Zambizi we shared the ‘Caribbean and African Platter’ that was almost as big as the falls! We had crocodile tail, t-bone steak in a spicy sauce, a chicken and peanut curry, goat stew, jolof rice, chips, salad and some sautéed spinach. It’s safe to say that we were pretty stuffed by the time we got home and passed out in our bunk beds. I was glad to be on the bottom bunk. I don’t think I’d have made it to the top.

That night it was hard to think of anything but the enormity of “the smoke that thunders”, which really is a fantastic and apt name. It was the first Natural Wonder of the World that I’d seen – Claire is lucky enough to have already seen The Great Barrier Reef which sadly looks set to disappear completely in the next fifteen to twenty years due to climate change. When thinking of the falls one thing struck me: we had some idea of what we were coming across and over one hundred years ago, in 1855, David Livingstone did not. Again, it was impossible to imagine just what Livingstone must have thought the first time set his eyes upon this gargantuan piece of natural beauty. Hopefully he was as in awe as we were.

Here is a short video I took of the falls… 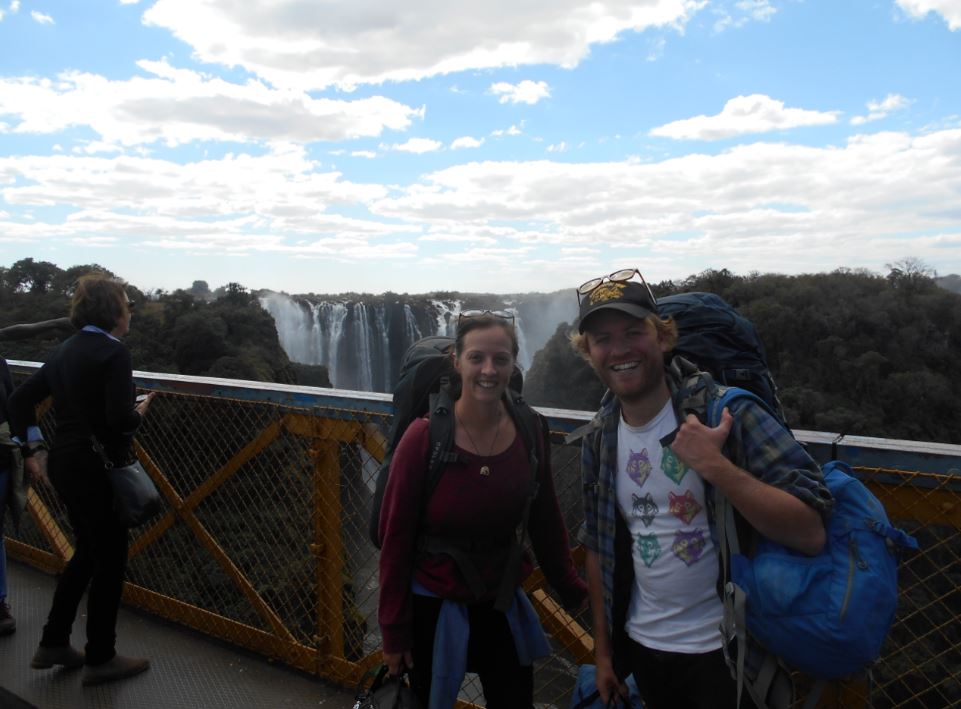